Give Us A Hand!

Volunteers from all areas of expertise are always needed and greatly appreciated. Some of our volunteers provide visitors with tours of the ship, while others take on projects to help with restoration—many choose to do both!

Restoration work involves everything from giving the 102 a brand new coat of paint, to re-wiring her electrical systems.

Drop by the ship during opening hours, or contact Executive Officer Gordon Stutrud for more information. 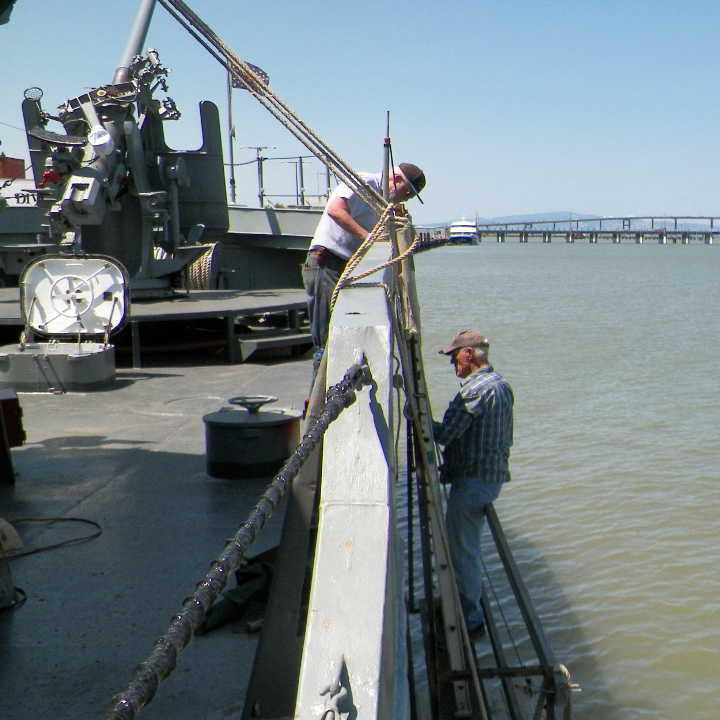 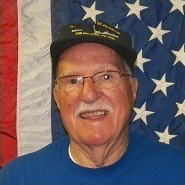 Bill was born in 1926, and grew up in Dubugue, Iowa. He attended Abraham Lincoln High School. Afterwards, he served aboard the USS LCS(L)-86 from January 1945 to decommissioning on April 1946. Bill was a Yeoman Second Class, and gunner on the starboard 20mm. For his naval service, he earned the following:

Bill was called back into the Navy for the Korean War. Because of his time in college following World War II, he served in Korea as an officer. Bill was stationed aboard the USS Boxer (CV-21) as a Personnel Officer.

After the war, Bill served as a Professor of Economics at San Francisco State University for over 30 years. He now is the President of the Landing Craft Support Museum. 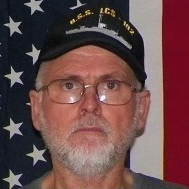 Gordon was born in Brainerd, Minnesota, signed up for the Navy in 1959, and joined before finishing High School. Following boot camp, he was assigned to Electronics Technician A-School. During that time, World War II sailors were still in the Navy, and thus his training involved World War II-era technology, but also included a bit of newer, transistor technology. As training progressed, he worked with chip and IC technology. Gordon went on to serve aboard the USS Hunley (AS-31) as an Electronics Technician (ET). After the Navy, he owned a sign shop and also set up voting machines in California, as well as in the rest of the continuous United States.

Upon retiring, he can now be found aboard the LCS-102 three days a week. In addition to serving as the Vice President of the Landing Craft Suport Museum and the 102's Crew, he is the Electronics Technician for the ship. 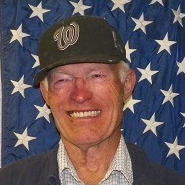 Allan was born in Salt Lake City, but moved to California when he was 17. Having been a Sea Scout since the age of 14, he then joined a Sea Scout unit in Alameda. After attending High School in Oakland, Allan joined the Navy. He trained at Navy "A" School in Chicago, going on to serve aboard the USS Midway (CV-41) as a 3rd class Steam Machinist's Mate. In 2000, he retired from a career with Pacific Gas & Electric.

Allan became a crew member of the LCS-102 after seeing Bill Mason chipping paint and asking if he needed help. He began his work on the ship on Father's day of 2007, and has been a regular volunteer ever since. 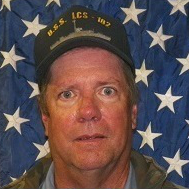 Born and raised in San Francisco, Dave joined the Navy after high school, following his two older brothers. Stationed on board the USS John F. Kennedy (CV-67), he was a Petty Officer 3rd Class Aviation Storekeeper attached to VA-72. He earned the National Defense Service Medal for his service. Following his time in the Navy, Dave took up mechanical drafting (Done by drawing board; computer-aided drafting had yet to be adopted). While working for the Naval Architecture firm M. Rosenblatt & Son, Inc., he made several trips to Yokosuka, Japan, mostly for piping work aboard the USS Midway (CV-41). Dave has also worked for Rosenblatt's son, as well as many others, during his 30 years in the business. 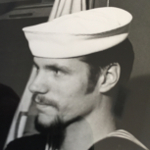 His involvement with the LCS-102 began more or less by accident, after stumbling upon the ship while driving around Mare Island. After his recent retirement, Dave now spends 3 days a week helping whenever possible.

Bill enlisted in the Navy on October 22, 1965. That year, he attended Boot Camp at Naval Training Center San Diego. In 1966, he went to E & E "C" School and Radar "A" School in Treasure Island, CA. From then until 1969, he served aboard the USS Henderson (DD-785) based out of home port Long Beach, CA. During his two WestPac deployments (January to June 1967 & March to September 1968), Bill participated in operations in the Tonkin Gulf, as well as in operations providing Naval Gunfire Support in South Vietnam. His deployments have taken him all around the Pacific, including visits to Hawaii, Midway Island, Gum, the Philippines, Japan, Hong Kong, and Taiwan. For his service, Bill earned the National Defense Service Medal, the Vietnam Service Medal (2 stars) and the Vietnam Campaign Medal. He was separated from active duty as a Petty Officer Third Class, at Mare Island Shipyard in March 1969. He received an Honorable Discharge on October 21, 1971.

Bill became a volunteer with the USS LCS-102 in September 2014, and has been helping with restoration efforts ever since. 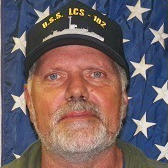 Tony, a Vietnam Veteran, served in the Navy from 1971 to 1975. From 1972 until 1974, he was stationed aboard the USS Flint (AE-32) as part of its Commissioning Crew, holding the rating of Engineman Second Class. Tony was married and had a son born while in the Navy. After his service, he worked for the US Postal Service for 38 years, retiring four years ago. Tony graduated from California State University, East Bay, with a Bachelor's in Industrial Psychology. He now teaches for the Mount Diablo Unified School District and Contra Costa Office of Education, mostly as a special education teacher.

Tony became a volunteer about 10 years ago, noticing the 102 while driving through Mare Island with his wife. He introduced himself to Bill, who told him that having an Engineman 2nd Class on his crew would be a great deal of help. A self-described "Jack of All Trades", Tony has been a regular volunteer ever since, handling work in Welding, Metal Fabrication, Electrical, Mechanical, and the occasional Jerry-Rigging. (And painting and chipping, of course.) He's onboard the 102 on Saturdays, and during the week whenever his teaching schedule permits. 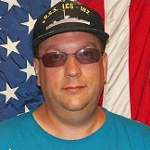 *Bio to be added* 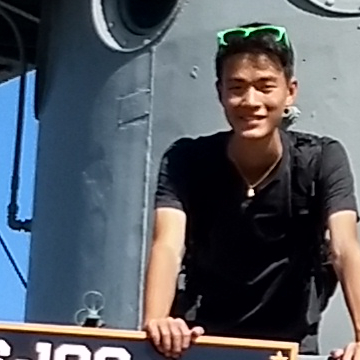 Minh-Quan became involved with the Landing Craft Support Museum in September 2017. After spending one month working with the crew in Vallejo, he has served as the Webmaster ever since.